We’re big believers in prototyping, the act of creating a model of a product or service to test a concept or process. This practice is often found in lean startup methodology – if you’re thinking of starting a bakery, rather than moving right into a storefront, why not try testing out your cupcakes at a street festival? – but also it’s valuable in the social sector  because it challenges us to test our assumptions, and ultimately, to just try something in order to learn from the experience.

The challenge, of course, is that whether you work for a scrappy nonprofit or a huge corporation, prototyping feels like a luxury – funding can be hard to find, and failure can be costly. Still, when organizations are able to test versions of these ideas in real-life, the results can be astounding (and cost-saving long term). This is why we partnered with United Way of Greater Cincinnati for The Shift, an experimental social innovation challenge where teams learn how to use design thinking to prototype a community-driven concept in just three months. It’s essentially a lab to tweak and perfect an idea in low-scale, low-barrier ways.

We spoke to one of the participating teams to share some lessons on how to quickly prototype an idea in the social sector.

Get out there, embrace the unknown.

For Type A personalities, prototyping can feel especially uncomfortable. In the Shift, teams don’t have months to research their end user, sketch out a strategy and then roll out prototypes in meticulous phases. In this case, team members received concepts that were already heavily researched by Design Impact and designed by community members, but for various reasons, were left on the cutting room floor. The team had a week or two to sketch out what assumptions their prototype could test, and then execute the prototype with their end user.

One concept, “RWD FFWD,” focused on employment opportunities for returning citizens (people who were previously incarcerated). Another concept, “Rolling Meals” provided mobile meals to kids in low-income neighborhoods during the summer months. The third and final group was given a concept called “Community Grandparents”, a program that would partner volunteer retirees with parents to help local families in need. Within just a couple of weeks of The Shift, the team had to quickly create some kind of prototype that would help them understand if their concept was indeed solving a problem for parents in low-income neighborhoods. 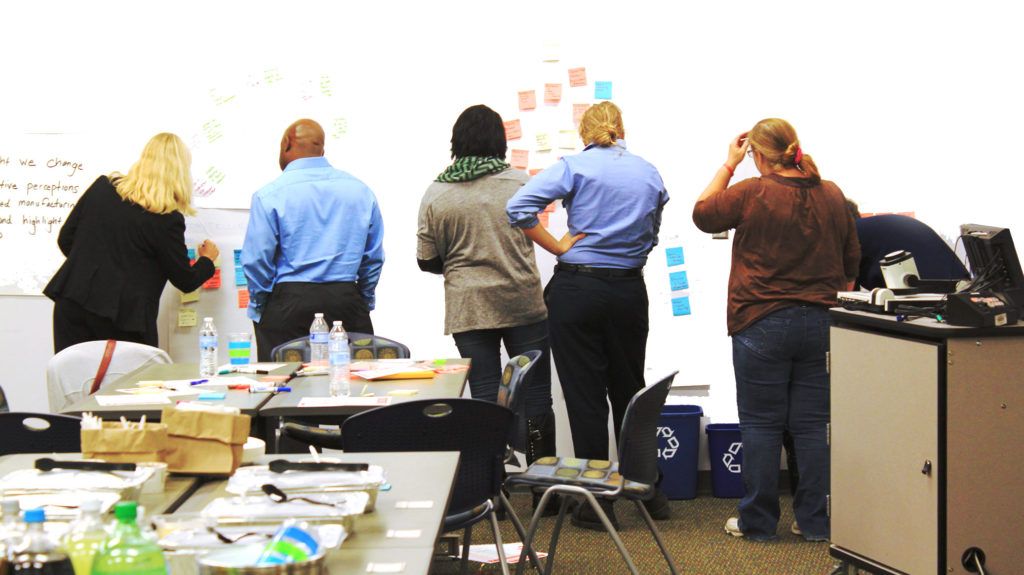 Prototype in Analog over Digital

Digital platforms are great solutions to a lot of problems, but sometimes it’s quicker, cheaper and easier to find out information through low-tech or no-tech means. For the Community Grandparents team, the first step was to learn how much information a retiree needed to know about a parent before volunteering for the program, and vice versa. Rather than building an expensive app, the team created three different paper versions of profiles for both parents and retirees with varying levels of information on participants. Parents could read up on the backgrounds and interests of volunteers and give feedback, while retirees could browse potential parents that could use their services. 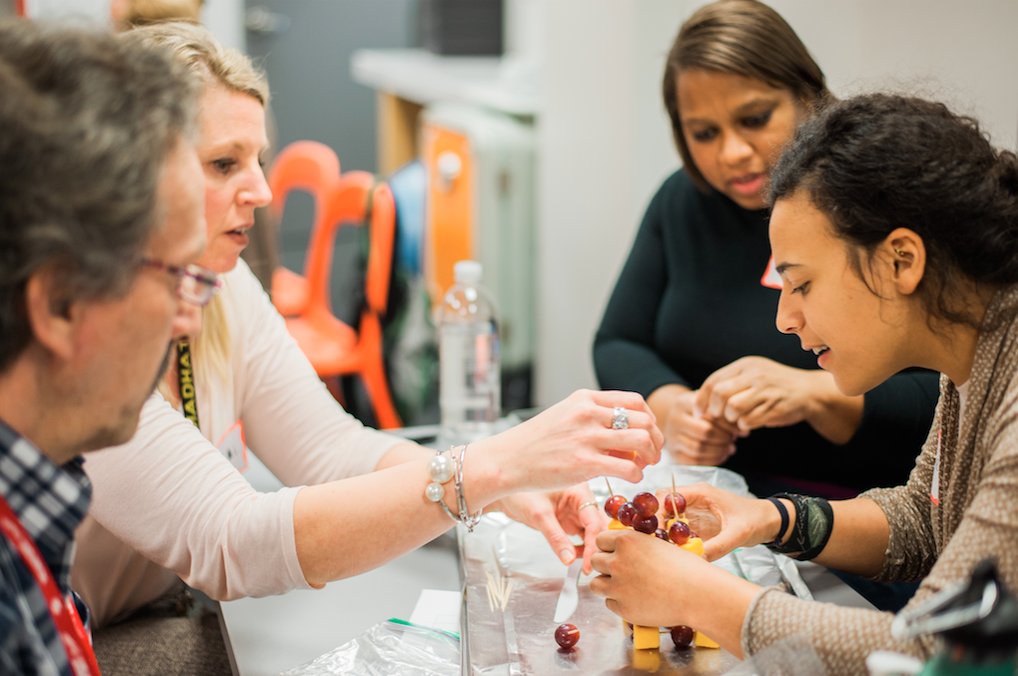 Use feedback to pivot or proceed.

The great thing about low-fidelity prototypes is that they are a quick and easy way to get honest feedback from customers or end users. As one team member, Brent Heckerman, said, “A key moment for me was sitting with community members who shared some of their stories and needs with our team.” He continued, “We had an early focus on child care that we discovered was not the primary problem to be solved, based on conversations with people in the community,” Brent said. “Childcare may be one of the outcomes of this service, but there are other equally valuable outcomes like generational trust, social support, and self-sufficiency.”

The next step, of course, is to take in the feedback, pause and ask: should we move forward with this concept, or change directions to better fit our users’ needs?

By walking end users through an analog version of the “matchmaking” experience, the team learned that parents were looking for long-term relationships for holistic support, not just a helping hand in a moment of crisis. The feedback encouraged the team to revise their concept to focus on safety, trust and family dynamics, rather than on emergency interventions. 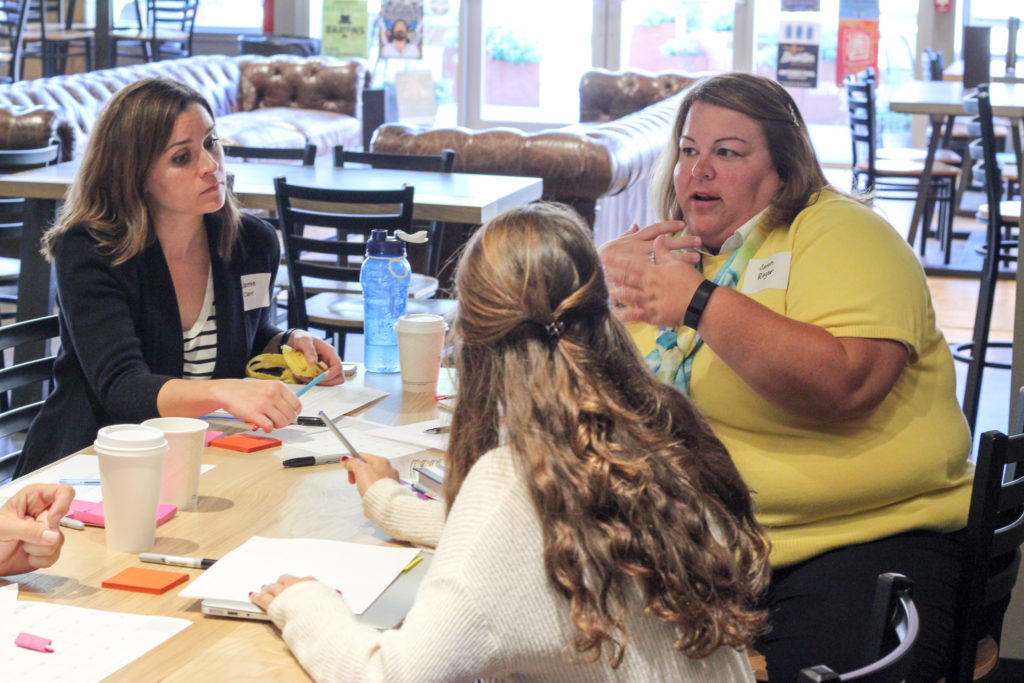 Once an assumption has been tested, it’s time to refine the idea and try again. The Community Grandparents concept is still in the prototyping phase, but the team’s next prototype will look at creating opportunities for the parents, their children and retirees to interact in order to build trust with the whole family.

Stay tuned: All three Shift teams – Community Grandparents, RWD FFWD and Rolling Meals – will continue to prototype their concepts through November and December. Check back to hear how the teams’ prototypes shake out at the end of the program. 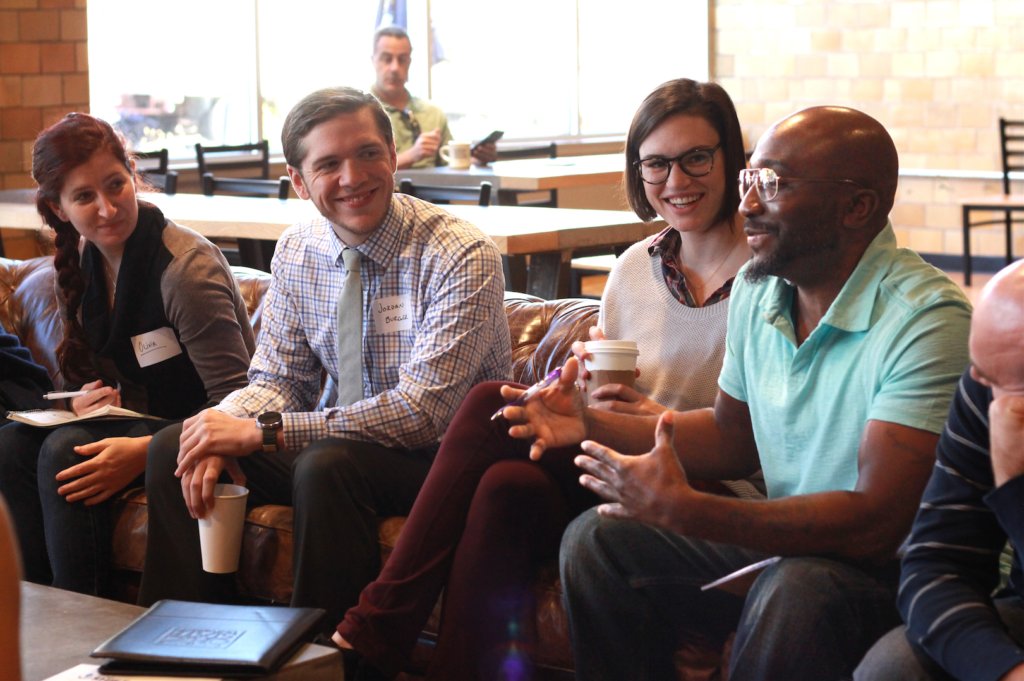 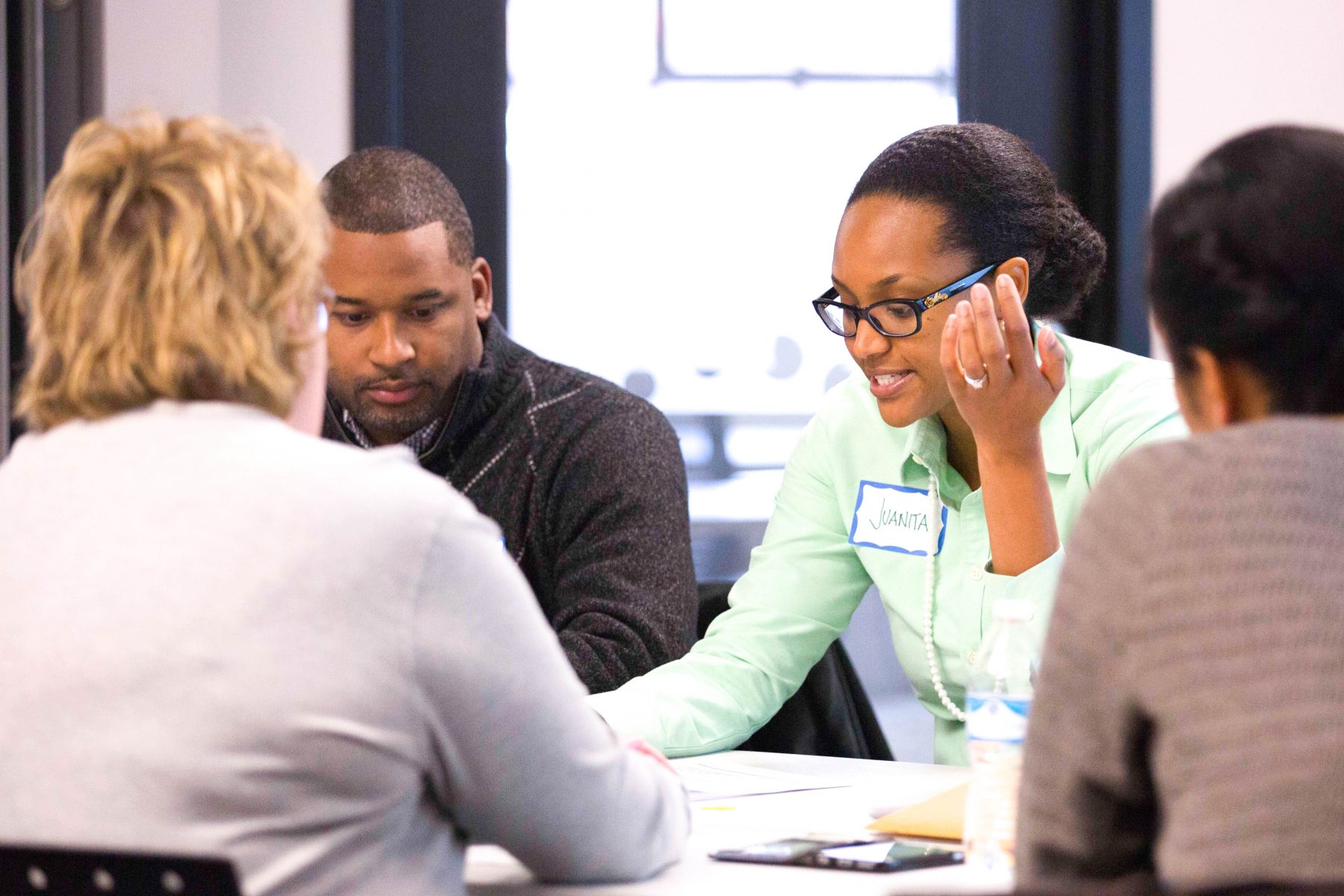 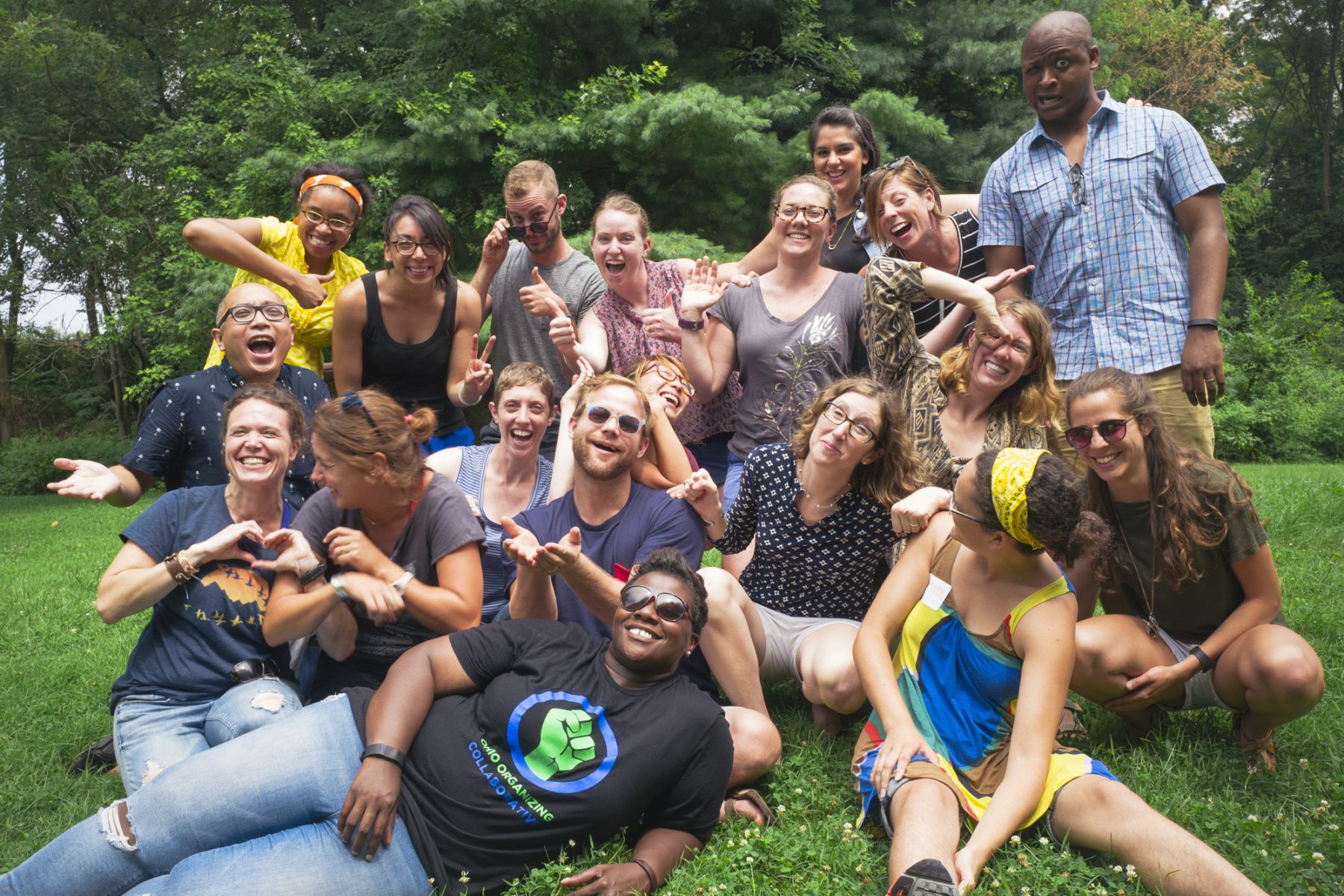 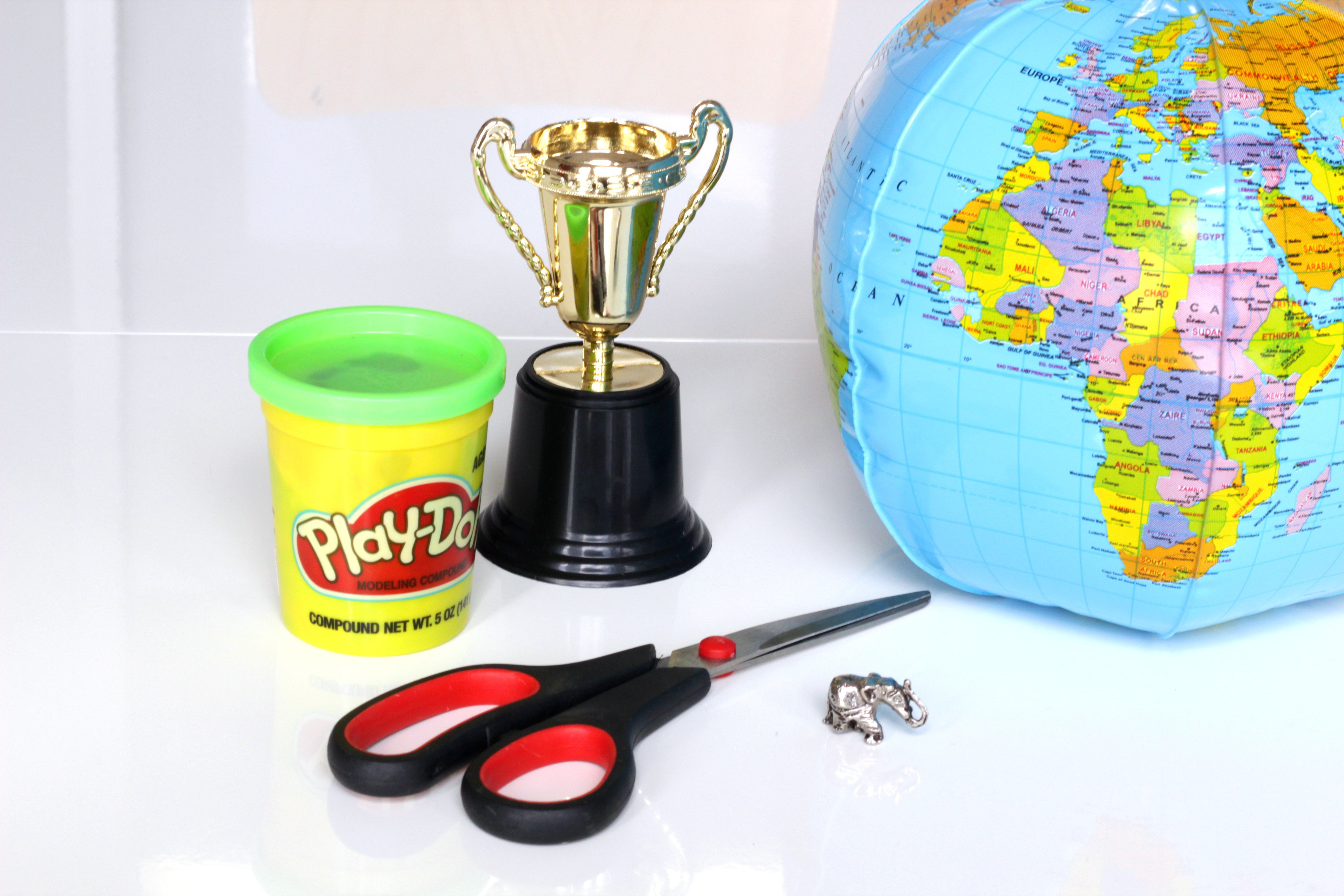 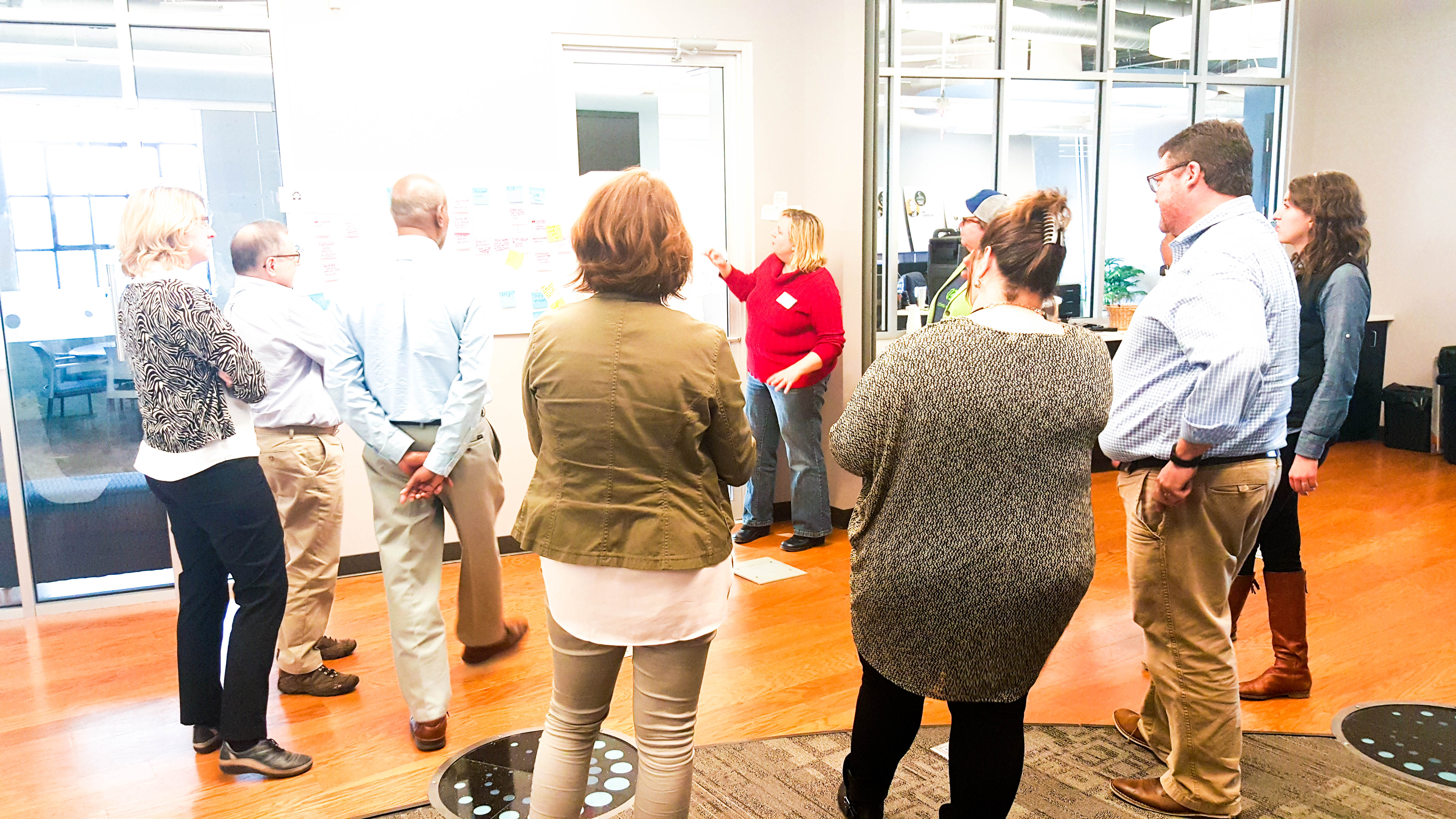